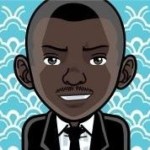 Coca Cola found the right mix when they presented “Sean Kingston in Concert ” on Saturday January 16, 2010.
The event delivered as it had promised, as patrons left feeling satisfied. Some felt the show dragged on a bit too long to get to the show’s main act, SEAN KINGSTON, while some believed that the allocation of stage time was not fair to artistes billed to appear at the event. In what was an entertaining affair for the whole family, the show had some exciting performances that left a positive impact on concertgoers.
Enthusiastic patrons from as far away as Mandeville made their way to the LIME Golf Academy for what promised to be an exciting affair. Emcees Supahype of RE TV fame, and media personality Miss Kitty, guided the sequence of performances quite professionally.
The night’s backing band, Tantrum, recieved plaudits backstage for keeping the musical vibe going when some of the acts appearing on stage were floundering. The early segments of the show saw glimmers of excitement which included G-Whizz who belted out his 2009 hit Life, Tessanne Chin who was joined onstage by a surprise appearance from Shaggy for their duet Hold Me, and singing trio Voicemail who got the crowd jiggy.
The Big Ship family was well represented by both Laden and Chino who in their respective stints showed that Big Ship can effortlessly exude talent, whether live or in a studio session. With his hits Time to Shine, Working Hard and Gal Over Gun, Laden clearly outlined his progress since his entry into Digicel’s Rising Stars competition in 2006. Chino was equally as engaging with the crowd and quite entertaining with Nuh Put Nuh Woman Pon Yu Head and From Mawnin’. Chino made way for a cameo performance from Freddie McGregor who belted out his well-known hit Push Come to Shove to great crowd response. Etana was her usual effervescent self, belting out her hits to the crowd

Patrick
I am a graduate of the Caribbean Media and Communication Faculty (CARIMAC) of the University of the West Indies. I believe in our Caribbean people and seek to sensitise and promote who we are through my writings, photography and and graphic design skills. Link me here

I am a graduate of the Caribbean Media and Communication Faculty (CARIMAC) of the University of the West Indies. I believe in our Caribbean people and seek to sensitise and promote who we are through my writings, photography and and graphic design skills. Link me here

Jun 24, 2017 Anthea
Ideal hang out spots Music for life One culture from many Raw Jamaican Talent