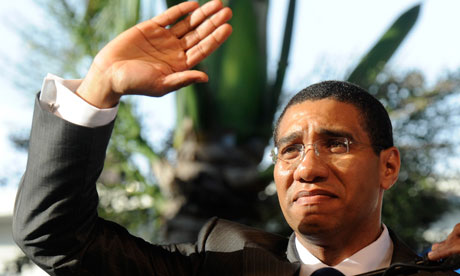 The concept of a hero is as old as civilization itself. The actual word ‘hero’ comes from the Greeks. Their concept of hero was a mortal, a person, whose accomplishments were considered so superhuman that they are remembered for centuries and eons, becoming immortal and mythical. Heroes represent the known limits of human achievement, and at the same time they show the possibilities of the human potential. The fact that someone, like us, can accomplish something so extraordinary, beyond what we think we could do, evokes respect and honour for both the extraordinary feat and the person. Often, this great feat comes at great personal sacrifice, even the sacrifice of one’s own life. We look at the sacrifice and ask ourselves would we make the ultimate sacrifice of our own life in pursuit of a cause? On Heroes Day, we reflect on the brave and selfless sacrifice of our Heroes who changed the course of history, liberated our people, founded our nation, and made our lives personally better.

Our heroes, through their sacrifice and struggle are extraordinary models and lessons in resolve, strength of character, grit, determination, selflessness, grace and dignity.

Our heroes, through their sacrifice and struggle are extraordinary models and lessons in resolve, strength of character, grit, determination, selflessness, grace and dignity. They represent not only the celebrated and memorialized extraordinary achievements of our past, but they represent the potential of our future, if we model their examples, learn from their experience and draw inspiration from their sacrifice and accomplishments. Our National Heroes are memorialized and honoured for resisting and challenging the institutions of slavery, oppression, racism, colonialism, and social injustice. As the struggle continues today, we must fight against those figurative shackles in our society representing the mindset and mentality which holds us captive and prevents us from realising our full potential as a people and as a nation.

As we seek to transform our nation,

We must draw on the advocacy and leadership skills of Paul Bogle, who, though born free, was enraged by the widespread poverty and injustice all around and led a march culminating in the historic Morant Bay Rebellion in 1865.

We must draw on the organizing skills and empathy of George William Gordon, who saw the suffering of those around him and refused to ignore it, entering politics to provide meaningful representation to the newly freed people.

We must draw on the philosophy and activism of Marcus Mosiah Garvey, Pan-Africanist, teacher, speaker, and businessman who sought to uplift the black race financially and psychologically through self-help, self-belief and self-reliance.

We must draw on the ingenuity and judiciousness of Sam Sharpe, who provided guidance and hope to the enslaved people, encouraging them to advocate for themselves and ultimately leading the landmark Sam Sharpe rebellion, which hastened the abolition of slavery.

We must draw on the strength and determination of Nanny of the Maroons, who fought valiantly against the British using guerilla tactics to keep them at bay and retain the freedom the maroons had won for themselves.

We must draw on the wisdom and devotion of Norman Manley, who advocated strongly on behalf of the people, fought for universal adult suffrage and was a critical voice for regional integration.

And we must draw on the patriotism, pragmaticism, passion and resoluteness of Sir Alexander Bustamante, who, as the first Prime Minister of Independent Jamaica, championed the rights of the masses, the poor and working class, dedicating his life to their betterment.

As we reflect, this Heroes’ Day, on those who came before us, forging a path for us with their sweat, tears and ultimately their lives, what will be our commitment to ourselves and to the generations that will follow us?

In the words of Sir Alexander Bustamante, “Let us resolve to work together under the law to build a Jamaica which will last and of which we and the generations to follow may be proud.”

With knowledge of the suffering and sacrifice of those who came before us, let us commit to respecting ourselves at the most basic level by respecting each other’s right to life. Marcus Garvey said, ‘If we as a people realized the greatness from which we came, we would be less likely to disrespect ourselves.’

Let us agree not to shed the blood of our brothers and sisters and to resolve conflicts peacefully.

Let us agree to support and nurture our children and to set examples for them to grow into whole, happy adults who will lead upstanding lives.

Let us agree to take care of our elders and vulnerable ones.

Let us agree to follow the rules of the road, the rules of our schools and institutions and the laws of our country.

Let us agree to protect our environment and dispose of our waste appropriately.

Let us agree to respect each other’s right to enjoy property and pursue economic livelihood in peace and security,

Let us agree to interact courteously and warmly with each other in our families, relationships, and communities.

Let us agree to look out for our families, friends, and neighbours.

Let us agree that together, we will build a Jamaica of which we can be truly proud, a Jamaica that honours the sacrifice of our forebears and is an example to the region and to the world.

I salute all our “Citizen Heroes”, the mere mortals who are making the extraordinary change in our homes, communities and in our nation.

God bless you at home and abroad, and as we observe National Heroes’ Day this year, partaking in various commemorative activities, I ask that you reflect on this message, and join us as we reignite our nation for greatness.

LOOK OUT for Thoughts by Anthea McGibbon, Do-It-yourself tips and more !

Please submit press releases, invitations and anything else for consideration 3-5 clear days before anticipated date of publication or event for review.
————————————————

What makes the top of top richest persons worldwide