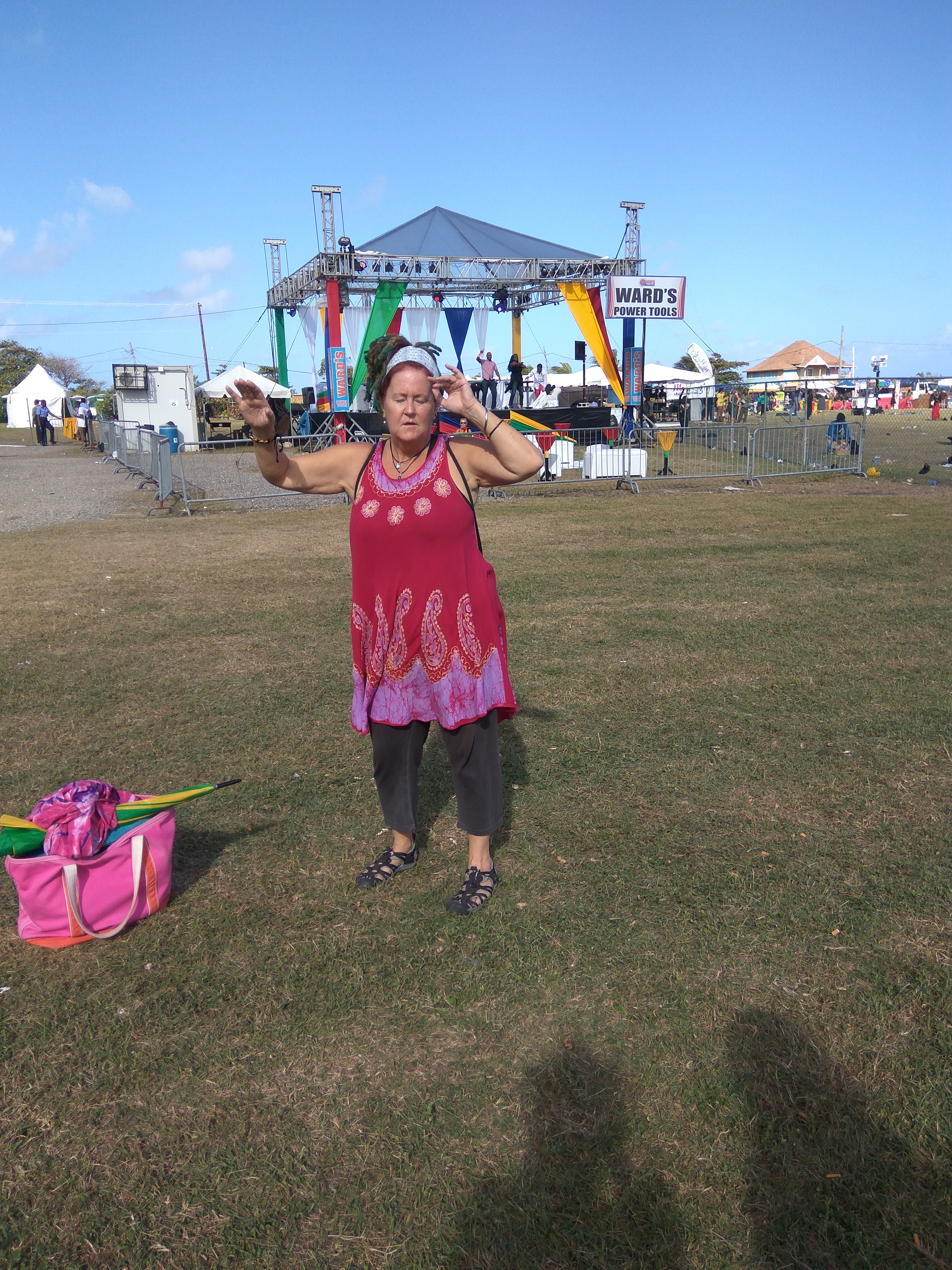 REBEL SALUTE is undeniably an event that cements a memorable experience of Jamaican culture in the hearts of patrons. Always patrons get just enough to last one full year till the next staging. Rebel Salute 2017 was held in Grizzly Plantation in Priory, Saint Ann, Jamaica, January 13 – 15th by Organic HEART Group of Companies. The messages though are etched forever.

Writers Anthea McGibbon and Karl ‘Deportee’ Vernon and photographers Travis Roach and Errol ‘Shakka’ Dawes of the www.antheamcgibbon.com write lovers’s team attended the 2017 staging. This is one of the articles published and includes feedback from the public. Links to other articles are below. Meantime…

The write lovers team caught up with a few patrons who had this to say:
Cynthia: from Germany: It was my first time but I didnt like the line up for Friday. Sunday morning was hot hot! I loved it.
Eric: from Kingston: How you mean? Rebel Salute all the way.
Hugh: From Saint Ann: I am not sure I am coming back. I stood all night on Friday and the good acts took too long to come on.
Peter: from Kingston: All now me a see dih artistes dem pon stage inna mih head. Half Pint and Beenie Man bawd
Tall Man: from Central Kingston: My boy a Sanchez. Him voice nuh change. A good ting Rebel a do man. Him buss new artistes and bring on long time artiste fih mas up dih place. An dih man dem bring on dem wife fih big dem up.
Fire Kush: From Jamaica: 13 years I am coming. ‘It was great’. Sanchez was very good. Minister Hall put on a whole show for herself.
Sandy: From Birmingham: I cant stop dancing, even now. Nice weather too. I cant wait till next year.

Still the greatest part of Rebel Salute is what will lingers on the minds of those attending. Its already a week and there are those persons who are still caught up in the rebellous mood of the event. In their own quarters they belt out, hum or simply dance to tunes that have stuck in their minds since that total immersion in Jamaica’s reggae culture.

Can you play some more?

Its amazing to experience the evidence of transformed thinking from the one time hate for Rastas and talk of being natural and Jamaican to now praises to events such as Rebel Salute for promoting natural healthy lifestyles in such an environment. It seems everyone’s favourite in aftermath is Can you play some more? as the memorable beats appear to still be pulsating again far away from the event in homes, streets, offices and corners.

For what its worth, patrons overall were well pleased with the family package, which this year had less persons hauling huge branches of ganja across the grounds. This despite the ‘Herb curve’ segment. It becomes easy to overlook the snags of the show, as after all it’s more than full 20 hours of unwinding history of Jamaican through ska, rocksteady, reggae to today’s dancehall as the organisers focused on the Preservation of Reggae as its theme. Everyone related to at least one artiste who lifted their emotions and then the brawta came from the remaining mix of performers, gospel et al.
To enter the grounds where no alcohol was necessary to lift spirits was welcome immersion. Nothwithstanding the very witness and experience of thousands of patrons willing to stand over 10 hour per night just being wrapped up in a musical journey into preserving reggae, pure unadulterated Jamaican authentic reggae.
Till next time! Free your souls.