Skip to content
Of Law and Justice Raw and Direct 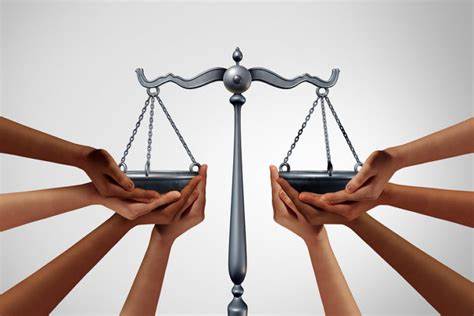 From China to Jamaica, agents have been common in the legal system for centuries. In Jamaica however such persons have gone a level too far. In a recent discussion on February 16th, 2022, with a Supreme Court Judge, the Honourable DP, ‘the practice’ of ‘self trained attornies (at law) representing clients is fast becoming a pet peeve for legit members of the Jamaica legal fraternity. Understandably so, and the concern over ‘self-trained attornies and their practice’ is common among Judges and Masters alike at the Supreme Court tier.

Firstly, while acknowledging that ‘agents or attornies-of-fact are welcomed provided they work within their bounds, the main issue is that specific indivduals present as attornies-of-the law according to the Senior Resident Magistrate turned Supreme Court Judge. This issue has now popped up into the Jamaica Supreme Court where he himself has personally had to preside over matters involving some of the very same individuals who ‘too often appeared before him at Sutton Street while he was a Senior Resident Magistrate. He was quick to point out however that his issue was not with all agents.

The discussion revealed that within Jamaica’s lower courts, the Parish Judges, formerly Resident Magistrates ‘allowed agents to represent persons in certain categories of claims. These categories are mostly claims for recovery of possession, claims for monies involving complanies. The practice was allowed out of respect for the entrepeneurial spirit. Secondly some persons and businesses genuinely need to rely on such agents. Although not deliberated on, it was hinted that the lower court system was somewhat ‘helped’. Its always good when cases can move quickly.

Abraham Lincoln was a self trained lawywer, actually admitted to the Bar. However while he like others were firm in their determination to make the legal profession an accessible option for those intimidated by the fees for law school, he never put the profession at risk to be in disrepute! History does not record him as a hustler, nor one to fight against nor compete with attornies for clients even to the detriment of the clientsRead more

Defending attornies-at-law
In defense of Jamaican lawyers, DP highlighted another issue. ‘Persons who very well can afford to contract the services of an attorney seldom do, choose to rely on these agents. His concern was that clients would be influenced to circumvent using an actual attorney-at-law, especially in instances where they could, and, sometimes to their detriment as would be the case in Supreme Court cases.

Research by this www.antheamcgibbon.com did prove that unscrupulous agents are in fact earning big and fast bucks luring persons away from using actual attornies-at-law. However, on the other hand, several persons who spoke with this media house expressed that they were not however opting for a cheaper ‘attorney/agent’. Rather numerous persons detailed horror stories with attornies-at-law that forced them to seek agents/ attornies to do their court business. One such landowner in rural Saint Andrew spoke of not hearing from her highly paid attorney for over five years since she requested a refund and an explanation for him not evicting the squatter. Nothing was even filed.

Points put by the Supreme Court however are valid. For one there are specific agents who hustle their clients on the compound at Sutton Street, while attornies at law who had to shell out huge sums and struggle to complete legal training abide by rules not to advertise and seek clients on court compounds. These persons are doing business on the court grounds and unless a brave victim lodges a genuine complaint then the half is left untold. Unfortunately in their bid to stay fruitful, some of these court hstlers have now turned to influencing persons to fabricate complaints and reports to ensure decent agents are kept at bay.

Twice the Honourable Supreme Court Judge, is the increasing number of these ‘self-trained attornies (at law) making their way into the Supreme Court to represent clients. While at the lower courts certain procedures are simpler not being too codified, the Supreme Court demands a higher level of law with more technical procedures and requirements for laws relied on. This is a fact based on research by www.antheamcgibbon.com. In fact the language used in court between Judges and attornies is even more coded to the properly untrained mind.

SELF TRAINED AND AT RISK
‘Self-trained attornies (at law) can therefore be a threat to any case if they fail to as attornies at law must do – intense research and unlimitness preparation. Research by www.antheamcgibbon.com confirmed it’s not just about filling in a form or following a template of a case precedent as is the case for the lower courts. Without proper knowledge and indepth understanding of the elements of legal system, appearing in person or through an agent WITHOUT an actual attorney-at-law can be a high risk. Supreme Court is an entirely different experience with the Judges and Masters who very often are not inclined to assist persons choosing to be unrepresented by actual attornies, but yet failing to measure up to the standards set.