Skip to content
Jamaica over 50 Real Change For Jamaica

Mediahouses in Jamaica are being read as they are supposed to keep persons updated and with a balanced approach. We are left to wonder about our upcoming 50th anniversary celebrations after a recent cartoon published in the Gleaner, supposedly the leading newspaper of the Caribbean, located in Jamaica. 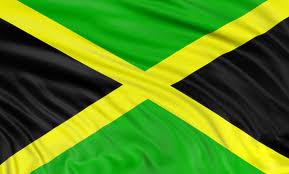 Apparently they are taking the term of being a member of the Any Party In Power (APIP) too far, even at the expense of patriotism.

Just a few points to ponder?
1. Another unnecessary blow at the JLP… should not this cartoon be about PROTOCAL of flag usage and FLAG RULES
2. Clearly a serious misunderstanding of true patriotism and flag politricks YET AGAIN
3. Where is the gloating PNP then who claims ‘ dem not affected’
4. With cartoons like these who needs a campaign manager?
5. Are you telling me that because ppl are hungry no one should defend their flag
6. Then WHY is the PNP not represented… WHY ONLY feature JLP…
7. Gotta wonder if the colour were say red, blue, even purple and JLP complained — what then will it still be of greedy JLPites grumbling

Where do we stand as a nation if this is the BEST our media cartoonist who should be CREATING balance does… ShOULD not mediapersons more than anything stand up for justice, brotherhood and truth – balance, patriotism. I wonder will they SUGGEST for Jamaicans to wear no green at upcoming Independence celebrations because gold is brighter.. ten strategically YELLOWs will be the order of the week! Dare I save my suit from now—GREEN, BLACK, GOLD!!
GROW UP! THIS IS NOT ABOUT JLP.. IT JUST underlines it because of CURRENT EVENTS… but beyond that is the real deal of PATRIOTISM.. Why aren’t FLAG RULES and PROTOCOL posted as the focus YET….

REACTION FROM FACEBOOK’S: Curtis Craig Campbell
There are no rules about the flag at the local level. And clearly the opportunity was not missed by the JLPNP to show their true interest – which seems to be oppose that which hurts them – not really what’s hurting the people. And alas the media too don’t miss either to show where their interest lies as well. But someday soon as they continue to serve themselves the people will continue to grow weary and tired of the games and get up. Like they did in two local government seats. So get ready for the real deal that’s coming soon. Just hope the rest of the country catches on early enough to stay sane after it hits. CCC, www.faceboo.com/CitizensCo
SEE MORE In groups:
Facilitators For A Better Jamaica
Speak Your Mind Jamaica