Skip to content
Of Law and Justice Raw and Direct

‘Bailiffs’ war with Process Servers – a game with Jamaican law 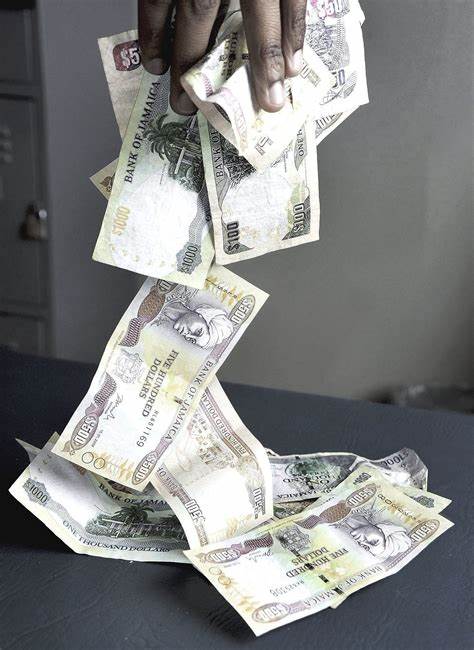 The war is on between ‘bailiffs’ and ‘process servers’. It’s really a summons war.

On one hand there is an established Bailiff office or bailiff officers and their assistants at each Jamaican Parish Court. Several noted assistants to the sworn Court bailiff operate under one license assist the official bailiff in carrying out bailiff acts. The Bailiffs in the Corporate area carry out said activities for the Supreme and Appellate Courts. These acts include evictions, service of summons and other pertinent documents relating to the legal process, seizures, transportation, and sale of goods and property. On the other hand, there are the process servers, who operating privately being independent of the Bailiff offices established on the Court compounds island. Private process servers carry out similar acts of the Bailiff. The main one being the service of process.

Now, at the Sutton Street location, and only at this location, of all the courthouses across Jamaica, there is an ongoing war between the ‘Bailiffs’ and the process servers.
The perspectives and reactions vary, as much as the valid reasons. To the public however its an absolute chaos and war over turf which no one can ever own, while their needs are almost never met, efficiently. The scenario now has left the category of protecting public interest as things get personal.

On one hand, members of the Bailiff’s office cannot reasonably undertake all the work to be done. While generally speaking, Bailiff offices welcome private process service, staffers at Sutton Street are adamant to keep them out. In fact, an entire choice of Parish Judges transferred to this location merely fall into the realm of things, and give orders against independent process.
Parish Judges were heard often saying ‘nobody but the Bailiff office downstairs can serve the summons, “You wont get back your money because those people have no right to serve’ So now a Judge at the Parish Court has determined that the written law is illegal. (By The Bailiff Act, The Parish Court Act among others, anyone over 18 CAN serve summons). This has influenced a summons war.
To avoid a summons war, it should be understood that by common practice which was hardened and adapted by even attornies-at-law, process server is an official job – as in aother countries.

Now to add injury to long brewed fury, District Constables and even police officers at select stations are now insisting that only they are legally qualified to serve summons and the fees charged by some of them are alarming. One litigant complained to this reporter that she had to pay $6,000 to a Duhaney Park police officer for service of her small claim summons.

Litigants sometimes suffer, as and are forced into a cycle of complaints, when the Jamaican law and court rule is ignored. That is that costs in addition to legal fees incurred by the successful litigant must be cleared by the losing counterpart. The costs are not legal fees but are expenses incurred and within a reasonable cap are awarded. So for example in other courts Judges award a cap of $2,500 for service of process within a certain mileage regardless of the process server.
It is interesting to note that as the actual summons served indicates that litigants are to pay up costs, some litigants enter the courtroom with an expectancy to pay up if they loose.

Origins of turf war between bailiffs, process servers and police officers
Its a classic example of Jamaicans not being creative. Its a classic example of the crab mentality possessed by numerous Jamaicans for selfish reasons.
Truth be told, the war started when ‘court hangars’ operating as touts charged huge fees for work they failed to do. Then it was about the touts getting too much work that the Sutton Street bailiff officers thought they should exclusively do. In fact according to this 2015 Jamaica Gleaner article, the then Sutton Street Bailiff Augustus Sheriah the touts were forcing the bailiff office out of business.

Reaction
Several attornies contacted did not share this opinion, and willingly shared that the Bailiff office got all their work.

On the other hand, some attornies and numerous litigants without hesitation share their realties. On the growing list of reasons for not always using the Bailiff office at Sutton Street were – Corrupt practices. Corrupt practices included summons not being delivered where the ‘official bailiff and assistants swore they were, undue length of time to actually serve the process, false claims of not being able to find the Defendant to serve, or execute warrants, variations and inconsistencies in prices for varied services, price gouging, and ‘bailiff war’. Then there was the ever present protection from action by bailiffs who allegedly collected fees from Defendants on the run or in hiding. 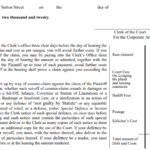 The aforementioned practices is not exclusive to Sutton Street, so the bigger picture is how a single court staff backed by learnt Judges who should know better are caught in enforcing their own laws. To disallow the awarding of costs, while such corrupt practices are upheld and ongoing.

There was one case where a bailiff swore that for over a year, the Defendant could not have been found, and his documented sworn evidence detailed how he drove around the block with futility. So I went undercover after seeing the woman’s frustration, and on the first visit the Defendant was noted as cleaning her yard. The next day I turned up with the Plaintiff and the shocked Defendant burst into tears.

On the court date, the Defendant followed good advice and after paying something small has stopped paying her instalments till her debt was cleared.

Here’s a twist
There are now several litigants reporting that the said official Bailiffs charge’ over $6,000.00, but with explanation issue a Court receipt of say $1680.00 as the recoverable portion. Not only will that invite legal minds to wonder if that bailiff is now paid twice, but is there now a need to raise bailiff fees for service of Parish court summons against the background that everybody else, especially in rural areas are charging at least twice their rates??
Don’t forget that one and two of the hangars labelled as touts are in fact getting work from the ‘official Bailiff’ officers albeit in private arrangements.

Then again, will any increase in the Sutton Street rates result in a further hike in the rates by the hangars professing as process servers. So go FIGURE the need for regulation across the board! With the pressures of Covid-19 what’s next?

… till the next edition…