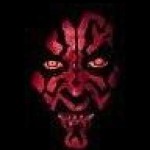 That was Saturday night at Rebel Salute 2017. Ripe musical ingredients ready to serve up a healthy treat.

When artistes such as Leroy Gibbons, Leroy Sibbles, Errol Dunkley, Duane Stephenson, Junior Kelly,Stranger Cole and Queen Ifrica are blended and mixed on high speed for a couple of hours, then what you get is a salubrious sensation.

Zosia McGregor, Imaru Tafari and Davianah lifted off, performing entertaining sets. These are the young Turks. Watch out for them especially Queen Ifrica ‘s son Imaru Tafari..I see him going places..Plus it’s in his DNA.
Ras Shiloah rocked the late night voicing some of his Garnet Silk songs

The mouth is the second most centre of magnetism after the eyes. The mouth is where we shovel food and water…It is a pleasure trove as well as giving pleasure. The mouth is very excited, bubbly during speech and it is even more animated captured in song.

Duane Stephenson’s lyrics reminds one of a concerned dad imparting sage advice not in an overbearing manner in the song ‘Real Ghetto Pain’
Stephenson’s energetic and gravelly voice soared in ‘Jah Reigns Over Man’.

Duane Stephenson’s Jamaica’s Cat Stevens! The only thing missing is the guitar. His stage presence is top notch as his spatial awareness gives off an a but inviting presence. It was the first time seeing him perform live but I’d
‘Beg and Plead’ for more.

Bushman entered stage left Red and dangerous! It is said that everyone has a clone and just seeing and hearing the man from Prospect, St Thomas, I see and hear Peter Tosh.
His song, ‘Lighthouse’ stood imposingly tall as the lyrics boomed throughout the ground. ‘Jah Shines His Light on me’ became a personal musical prayer.
Offering a succour, uplifting consciousness, Bushman was in no hurry as he sung of ‘Worries and Problems’ and ‘Give Jah Praise’. It was easy, as he crooned into ‘It’s So Easy Give Thanks and Praise’

Bushman commanding tone was a spiritual burning of a logwood fire through the Full Moon winter night.
Bushman was in his element, he was like.Little Red Riding Hood’s wolfish stalker as he skanked on the stage…he wanted more time…he pleaded and to suffer the indignity of a band stopped playing because Bushman went over time.

There needs to be way of ending the set of a performer who goes over time. But I guess it’s ‘Human Nature’- incidentally a new song of his- to Oliver Twist beg for more!

Isn’t it strange how princesses and kings in clown clad capers in sawdust rings’ – and there was Leroy Sibbles reading the ‘Book of Rules’.

He brought back the shapeless mass which occurred before with the plugged being pulled on Bushman.
Evergreen Leroy did have a party and ‘Party Time’ chimed like caroling of the bells.
This former lead singer of The Heptones could be one of or if not the most versatile or talented reggae musician.
Leroy Sibbles is also a master bass guitar player inventing some wicked baselines.

He gave us a taste of his skills which still see his baselines being used to music and especially Dancehall music today.
Satta Massagana by The Abyssinians is another of his basslines.

Linval Gibbons’ Cupid drew back his bow and indeed let the arrow go as the
‘Four Seasons Lover’ singer did this thang. Linval Gibbons’ a smooth cat in a top hat. The man reminds me of a jukebox, spitting out nonstop music.
Bespectacled, he was suspending in perpetual motion. The dinner party with Leroy was haute couture affair. The man was Impeccably dressed! His shoes were absolutely top shelf.

Junior Kelly came….Same and conquered. After coming through a divorce, the Rasta singer’s mind is now free from the Ravens and he made his set into one which was jelly sweet.

‘Black Cinderella’, a tribute song to Black women which was perfectly sung by Errol Dunkley is a tune for the years. This song, with its opening query continues the tradition of love in reggae music.

Following Errol Dunkley onstage was Stranjah Cole. The Cole slaw provided heat to the lovely dinner party.
The man whom it has been said to have sung the first Reggae song applied the delicate touch of a side dish on an already growing plate of musical food.
‘Woman Nuh Want Bangarang’- first Reggae song- was performed with a magical warmth which made tired legs move to a beat.

King of ska Derrick Morgan gave us some Riddim Train. Approaching the stage with the aid of his wife and a cane, the uncontaminated saccharine sweet ska livened the spirits.
No one could Be Still.. Don’t Call Me Daddy”, “In My Heart”, “Be Still”, and “Meekly Wait’
Morgan still ska rocking at age 76 and still has an eye for the music.
The father of Queen Ifrica is a legend. A legend of legends and not even the stiff breeze could move him.

With the sea breeze tugging at jackets and sweaters, Coco Tea was percolated coffee. Sweet sweet Coco Tea music ..Sipped and belched to the delight of the crowd. A staple of Jamaican music, the Clarendon native, unleashed all his experience and and the crowd really ‘Tune In.’

Kevin Anthony Jackson complemented a perfect sequence​ from Third World. Well suited out for this occasion, Sanchez peeled off hits after hits.
He was feeding the pigeons. It was that easy and the crowd cooed for more! ‘Never Diss The Man’, ‘Lots Of Signs’, ‘Missing You’..’Praise His Name’, Take These Chains, Big Brown Eyes, Soul Provider.
Sanchez went back to the future and brought 1988 to Grizzly’s Plantation Cove.
Sanchez was incredible. Can you believe that he’s 52?

Impressive. I wasn’t a fan of Assassin the singer but a fan of the conscious man, but the Sunday morning service which he skilfully conducted changed my mind.

Spragga surfed in the 90s with hits after hits.…Hunting and parring with Waynie Wonder as he smoked the place..It could have been better but it sure wasn’t as horribly as Tanto and Devonte. What in God’s name were they thinking?

Guess the joke’s on them or is the joke’s on us and Tony Rebel? I dunno but they were the most sensational flop over the double days. Don’t invite em back Tony!

The musical split personality continues with Popcaan performing as Andre Sutherland. The Japanese have a saying that people have three faces, the first face you show to the world, the second face, you show to your friends, the third face you never show to anyone. That face is the truest reflection of you.

Andre Sutherland aka Popcaan or Popcaan Andre Sutherland unveiled another face. Did he ‘Ova Dweet’, Never Sober, Party Shot, Mi Unruly and Where We Come From.
He was ‘Ravin’ on the ‘Battlefield’, while the Sunday morning fans sung ‘Party Shot’. As the entered on stage, like bee to pollen, ladies ran to get a better look at him – Only Man She Want as he told them to Whine Up Yuh Baddi. Andre Hugh Sutherland knows how to ‘Hustle’ and he was a‘Hot Grabba’ displaying professionalism with a highly entertaining set.
He reached a ‘New Level’ and ended on a high with ‘We Still A Win’

Does Beenieman have 187 # 1 songs?
Beenie will always be Beenie. His act was like a beach party and the revellers had no fear of the sun. When he touched a bit of soca, hips were spinning like gyroscopes. Beenie Man is easily the conductor of Dancehall. He maybe the King or maybe not, but one thing for sure is that he is astute and master communicator which will always serve him well. He Closed the wonderful two roots rock..cultural day service which was Rebel Salute!
I saw the true face of reggae music and it was awesome!