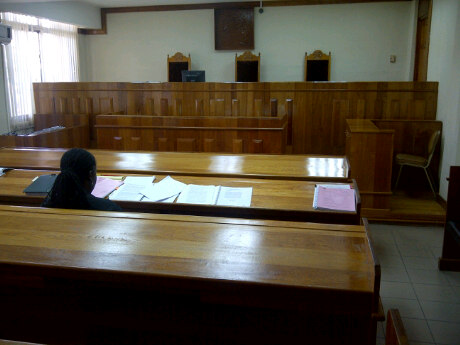 I still remember the day Marlene Forte as a Judge ruled against me at the Parish Court simply because according to her she never believed me. Adding injury to fury her note taking was poor – her records did not reflect what I actually told her. Afterwards, I failed at representing myself well at the Appeal simply because I was under prepared for that level and I relied on an attorney who because of my inability to pay him just didnt show. I never got wind of her actual notes.

So many issues that influenced me to be angry, till the day I decided to vent by helping others and when they were successful it relaxed my mind and my spirits.

The fact is Marlene Malahoo Forte was never a journalist, at least not in the way I have been as a writer so she would and could never relate to the addiction I would have to my newspapers. I dont think she was ever victimised by a male landlord or even approached for sexual favours the way I was So I forgive her when she could not relate.

It also reminds me daily of how we are caught in the hold of the remnants of slavery on us as a people. I was abused for as long as I was a tenant simply because I refused to have a relationship with this so called landlord. That aside the court system is behind time and loopholes linger. Parish Judges should not make their own notes. It becomes what they record against what actually is said. Leaving room for a whole new game of victimisation on the general public.

So as I read the judgement of the court of appeal I constantly am reminded of this human side. It strengthens my determination to assist others to ensure they get justice when I see clearly how they are victimised by unscrupulous persons, and worse by the system.

Lawyers are therefore a necessary tool. One chief reason being that the Judge cant play games with what was said. Judges cant just chose to omit certain points because lawyers are also taking notes. Games in court rooms are played less and tracks arent so easily covered.

Then again Judges at any level should be armed with certain expertise and where thats lacking they should have access to persons with expertise. In my case why would a learnt Judge with sense believe that the portfolio was not necessary for an interview, and worse as a record. I guess Judges who dont keep records of their judgem ents will never understand why journalists keep record of their articles for a lifetime – the sentimental value of their body of work. Especially if your main job is a subeditor and photographer, but you wind up writing as well. Why would you not want to keep your articles.

So there are multiple flaws from the record, to the events at the Court of Appeal. It was a legal sabotage, but poverty kept me from saving me being a fool at the Appellate court.

Today, I work with attornies-at-law, I get to understand them, I understand the court system with all its flaws. Now I have my space to make it better while I assist others to get justice. My own experience being a critical tool and I forgive the shortcomings of Marlene Malahoo Forte especially as every time she sees me she encourages me to finish law school.

Basics to becoming an attorney and ‘self made’ lawyers